At this year’s GUADEC in Almería we had a team of volunteers recording the talks in the second room. This was organized very last minute as initially the University were going to do this, but thanks to various efforts (thanks in particular to Adrien Plazas and Bin Li) we managed to record nearly all the talks. There were some issues with sound on both the Friday and Saturday, which Britt Yazel has done his best to overcome using science, and we are now ready to edit and upload the 19 talks that took place in the 2nd room.

To bring you the videos from last year we had a team of 5 volunteers from the local team who spent our whole weekend in the Codethink offices. (Although none of us had much prior video editing experience so the morning of the first day was largely spent trying out different video editors to see which had the features we needed and could run without crashing too often… and the afternoon was mostly figuring out how transitions worked in Kdenlive).

This year, we don’t have such a resource and so we are looking to distribute the editing.  If you can, please get involved so we can share the videos as soon as possible!

The list of videos and a step-by-step guide on how to edit them is available at https://wiki.gnome.org/GUADEC/2018/Video. The guide is written for people who have never done video editing before and recommends that you use Kdenlive; if you’re already familiar with a different tool then of course feel free to use that instead and just use the process as a guideline. The first video is already up, so you can also use this as a guide to follow.

If you want to know more, get in touch on the GUADEC mailing list, or the #guadec IRC channel. 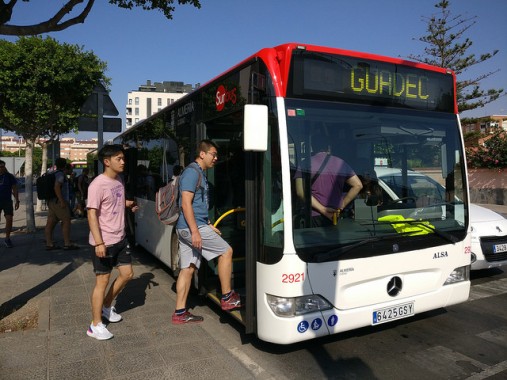 Who's that kid in the back of the room? He's setting all his papers on fire! Where did he get that crazy smile? We all think he's really weird.
View all posts by Sam Thursfield →
This entry was posted in Uncategorized. Bookmark the permalink.