I began this year in a hedge in Mexico City and immediately had to set off on a 2 day aeroplane trek back to Manchester to make a very tired return to work on the 3rd January. From there things calmed down somewhat and I was geared up for a fairly mundane year but in fact there have been many highlights!

The single biggest event was certainly bringing GUADEC 2017 to Manchester. I had various goals for this such as ensuring we got a GUADEC 2017, showing my colleages at Codethink that GNOME is a great community, and being in the top 10 page authors on wiki.gnome.org for the year. The run up to the event from about January to July took up many evenings and it was sometimes hard to trade it off with my work at Codethink; it was great working with Allan, Alberto, Lene and Javier though and once the conference actually arrived there was a mass positive force from all involved that made sure it went well. The strangest moment was definitely walking into Kro Bar slightly before the preregistration event was due to start to find half the GNOME community already crammed into the tiny bar area waiting for something to happen. Obviously my experience of organizing music events (where you can expect people to arrive about 2 hours after you want them somewhere) didn’t help here.

Codethink provides engineers with a travel budget a little bit of extra leave for attending conferences; obviously what with GUADEC being in Manchester I didn’t make a huge use of that this year, but I did make it to FOSDEM and also to PyConES which took place in the beautiful city of Cácares. My friend Pedro was part of the organizing team and it was great to watch him running round fighting fires all day while I relaxed and watched the talks (which were mostly all trying to explain machine learning in 30 minutes with varying degrees of success). 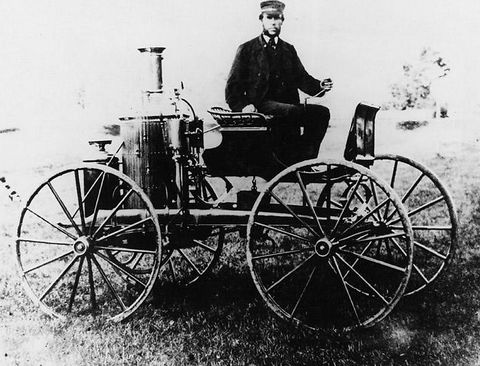 Work wise I spent most of my year looking at compilers and build tools, perhaps not my dream job but it’s an enjoyable area to work in because (at least in terms of build tools) the state of the art is comically bad. In 10 years we will look back at GNU Autotools in the way we look at a car that needs to be started with a hand crank, and perhaps the next generation of distro packagers will think back in wonder at how their forebears had to individually maintain dependency and configuration info in their different incompatible formats.

BuildStream is in a good state and is about to hit 1.0; it’s beginning to get battle tested in a couple of places (one of these being GNOME) which is no doubt going to be a rough ride — I already have a wide selection of performance bottlenecks to be looking at in the new year. But it’s looking already like a healthy community and I want to thanks to everyone who has already got behind the project.

It also seems to have been a great year for Meson; something that has been a long time coming but seems to be finally bringing Free Software build systems into the 21st century. Last year I ported Tracker to build with Meson, and have been doing various ongoing fixes to the new build system — we’re not yet able to fully switch to Autotools primary because of issue #2166, and also because of some Tracker test suite failures that seem to only show up with Meson that we haven’t yet dug into fully.

With GUADEC out of the way I managed to spend some time prototyping something I named Tagcloud. This is the next iteration of a concept that I’ve wanted since more or less forever, that of being able to apply arbitrary tags to different local and online resources in a nice way. On the web this is a widespread concept but for some reason the desktop world doesn’t seem to buy into it. Tracker is a key part of this puzzle, as it can deal with many types of content and can actually already handle tags if you don’t mind using the commandline so part of my work on Tagcloud has been making Tracker easy to embed as a subproject. This means I can try new stuff without messing up any session-wide Tracker setup, and it builds builds on some great work Carlos has been doing to modernize Tracker as well. I’ve been developing the app in Python, which has required me to fix issues in Tracker’s introspection bindings (and GLib’s, and GTK+’s … on the whole I find the PyGObject experience pretty good and it’s obviously been a massive effort to get this far, but at the same time these teething issues are quite demotivating.) Anyway I will post more about Tagcloud in the new year once some of the ideas are a bit further worked out; and of course it may end up going nowhere at all but it’s been nice to actually write a GTK+ app for the first time in ages, and to make use of Flatpak for the first time.

It’s also been a great year for the Flatpak project; and to be honest if it wasn’t for Flatpak I would probably have talked myself out of writing a new app before I’d even started. Previously the story for getting a new app to end users was that you must either be involved or know someone involved in a distro or two so that you can have 2+ year old versions of your app installable through a package manager; or your users have to know how to drive Git and a buildsystem from the commandline. Now I can build a flatpak bundle every time I push to master and link people straight to that. What a world! And did I mention GitLab? I don’t know how I ever lived without GitLab CI and I think that GNOME’s migration to GitLab is going to be *hugely* beneficial for the project.

Looking back it seems I’ve done more programming stuff than I thought I had; perhaps a good sign that you can achieve stuff without sacrificing too much of your spare time.

It’s also been a good year music wise, Manchester continues to have a fantastic music scene which has only got better with the addition of the Old Abbey Taphouse where I in fact spent the last 4 Saturdays in a row. Last Saturday we put on Babar Luck, I saw a great gig of his 10 years ago and have managed to keep missing him ever since but things finally worked out this time. Other highlights have been Paddy Steer, Baghdaddies and a very cold gig we did with the Rubber Duck Orchestra on the outdoor stage on a snowy December evening.

I caught a few gigs by Henge who only get better with time and who will hopefully break way out of Manchester next year. And in September I had the privilege of watching Jeffrey Lewis supported by The Burning Hell in a little wooden hut outside Lochcarron in Scotland, that was certainly a highlight despite being ill and wearing cold shoes.

I didn’t actually know much of Scotland until taking the van up there this year; I was amazed that such a beautiful place has been there the whole time just waiting there 400 miles north. This expedition was originally planned to be a bike trip but ended up being a road trip, and having now seen the roads that is probably for the best. However we did manage a great bike trip around the Netherlands and Belgium, the first time I’ve done a week long bike trip and hopefully the beginning of a new tradition ! Last year I did a lot of travel to crazily distant places, its a privilege to be able to do so but one that I prefer to use sparingly so it was nice to get around closer to home this year.

All in all a pretty successful year, not straightforward at times but one with several steps in the directions I wanted to head. Let’s see what next year holds 🙂